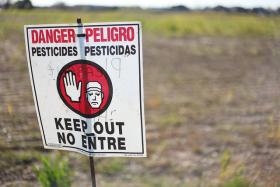 Legislators are considering a change to a statewide ban of pesticide use on school grounds. It's the first of several proposed challenges to a law that's been in effect since 2010.

New York is the only other state to ban pesticide use on school grounds.

The 2010 law eliminated synthetic pesticide applications on the grounds of day cares and K-through-8 schools. Supporters say the ban was in response to concerns about children's health and the environment. For years, towns like Cheshire and Branford have been pesticide-free, treating their municipal fields with only organic products.

But some school officials argue if groundskeepers can't use certain EPA-approved synthetic fungicides, herbicides, and insecticides (which are banned under current state law), they can't keep fields safe for play or control certain pests. And one pest has become a particular concern: grubs, which tear up fields and attract birds.

Now, legislators are considering an exception. Under a new proposal, certain EPA-registered grub control pesticides would be okay. 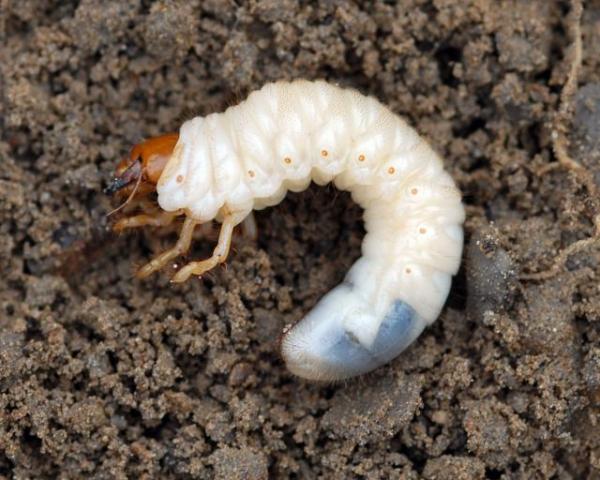 Enlarge image
European chafer larvae, one type of grub found in Connecticut.
Credit Missouri State University
"This is a passionate issue for some people who feel that everything in the world should be organic."
Fred Balsamo

Fred Balsamo is head of the Connecticut Association of Athletic Directors, which represents sports programs at more than 350 schools. He said the grub exemption is a piecemeal fix for an already overreaching law.

"It makes sense to me," Balsamo said, "before any legislation is passed, that we form some kind of a task force. Do our homework. Do our research. And let's take this next couple of years to do a very in-depth study covering everything. Then, let's bring legislation forward that's based on an [educated] decision, rather than what people are feeling passionately. There's no question that this is a passionate issue for some people who feel that everything in the world should be organic. It's just not a realistic view."

Connecticut's Department of Energy and Environmental Protection has hired Dr. Chensheng (Alex) Lu, an associate professor of biology at Harvard to do just that. According to DEEP, he'll review relevant literature on the use of EPA-registered pesticides at schools and present policy recommendations to the state in the coming weeks.

Jerry Silbert is not happy with the grub exception. He's worked extensively to ensure Cheshire's and Branford's fields are only treated with organics. Last week, he provided testimony to the state Environment Committee, saying the grub law would allow the use of acelepryn. The EPA says the the product has a very low level of toxicity, so much so that not a single word of warning is required on the label, but Silbert pointed out that the chemical is restricted in New York.

Currently, New York is the only other state in the country to ban pesticide use on school grounds. Later this session, legislators are may raise a proposal that would expand the synthetic pesticide ban to high school fields.

via Is Connecticut's Pesticide Ban on School Grounds Too Restrictive? | WNPR News.