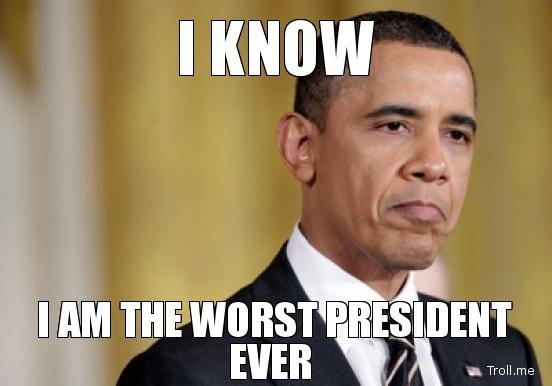 HERE ARE TEN OF THE MOST SERIOUS WAYS OBAMA BROKE THE SYSTEM !  ( Ben Shapiro )

1.  OBAMA & THE STIMULUS  ―  On the campaign trail, Obama promised a $50 billion STIMULUS  and criticized President George W Bush for building up the national debt.  In office, Obama passed a nearly $1 trillion STIMULUS  over Republican objections, that failed to keep unemployment from below 8% ( as promised ), and went largely to pet projects and state and local governments.  The profligate spending shocked voters who feared that the country was now on an irreversible path to fiscal ruin.  The Tea Party was born.

2.  OBAMA’S FAST AND FURIOUS  ―  The Obama administration smuggled guns across the Mexican border, ostensibly to trace them to drug cartels.  Unlike the Bush administration’s Wide Receiver, Obama’s Operation FAST AND FURIOUS happened without the Mexican government’s knowledge.  The likely goal was to create a pretext for reducing gun ownership in the U.S.  It led to the murders of Border Patrol Agent Brian Terry and hundreds of Mexicans.  Afterwards, Obama used “executive privilege” to cover it up.

3.  OBAMA BETRAYING ALLIES  ―  Obama picked public fights with Israel in a deliberate effort to establish “distance” between the allies.  He also broke agreements with the Czechs and the Poles on missile defense, infamously informing the Polish prime minister on the 70th anniversary of the Katyn Massacre.  He snubbed the British in ways small ( returning a Churchill bust ) and big ( using the Argentinian term “Malvinas” for the Falklands ).  And he spied on foreign allies, including Germany’s Angela Merkel. 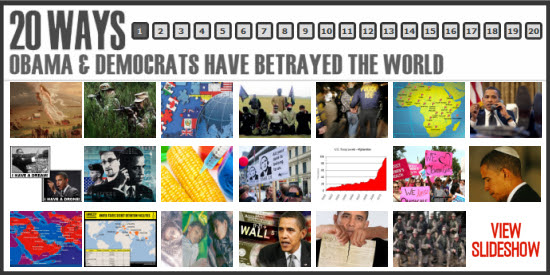 4.  OBAMA’S OBAMACARE  ―  The sweeping plan for “universal” health insurance sought, fundamentally, to make individuals dependent on the state, the better to open the door to even more sweeping changes.  But it was the process of passing the bill that caused the real damage.  To pass OBAMACARE, Obama bent and broke procedural rules; lied, repeatedly, about the policy; disguised a tax as a fee; and bullied the Supreme Court into compliance.  It was the first major entitlement passed without bipartisan support. 5.  OBAMA’S DEBT CEILING  ―  Few of the Republicans who rode the Tea Party wave in 2010 made an issue out of the DEBT CEILING.  But the Obama administration believed that a confrontation would help it regain full control of Congress.  So it picked a fight over the debt, and forced a confrontation in the summer of 2011 that brought the country to the brink of default.  Obama scuttled a “grand bargain” with Republicans by demanding higher taxes.  The result: a hated budget “sequester” and a CREDIT DOWNGRADE.

6.  OBAMA’S BENGHAZI  ―  Presidents had lied to the country before about national security incidents: the Iran-Contra scandal, for example, left a stain on Ronald Reagan’s legacy.  But NO previous American president had abandoned Americans to die abroad without putting up a fight or making a serious effort to punish the perpetrators.  In fact, in the heat of battle, Obama went to sleep and flew to a political fundraiser in Las Vegas the next day.  It was an unprecedented abdication of his commander-in-chief role. 7.  OBAMA’S IRS SCANDAL  ―  Encouraged by Obama’s attacks on “dark money” and conservative political donors, the Internal Revenue Service began singling out conservative non-profit organizations for excessive scrutiny, denying them the ability to operate during the crucial 2012 elections, and trying to pry loose private information on their donors, their meetings, and even the content of their prayers.  To this day, NO Obama administration official has been punished for that horrific abuse of power.

8.  OBAMA’S AP SCANDAL  ―  Despite the media’s ongoing love affair with Obama, the administration targeted journalists for harassment, surveillance, and prosecution.  In one case, the Department of Justice ( DOJ ) seized phone records from the Associated Press; in another, the DOJ searched the emails of Fox News reporter James Rosen and his family.  Congress later found Attorney General Eric Holder misled it when he told them in May 2013 he had NOT been involved in potential prosecution of the media. 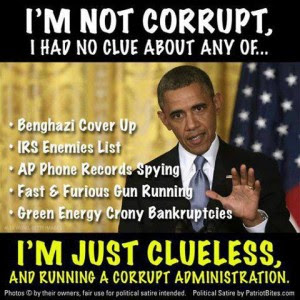 9.  OBAMA’S IRAN DEAL  ―  After resisting sanctions on Iran, and holding off on any real action against the Iranian regime when it faced mass protests in 2009, Obama made a deal with Iran in 2015 that removed most sanctions in exchange for a mere temporary slowdown in the Iranian nuclear program.  Worse, he refused to submit it to the Senate for ratification in accordance with the Constitution’s Treaty Clause, and Democrats blocked a weaker effort to submit the deal to an overall congressional vote. 10.  OBAMA’S EXECUTIVE ACTION ON IMMIGRATION  ―  Obama abused prosecutorial discretion in 2012 in announcing “Deferred Action for Children of Americans” ( DACA ) in 2012, even after Congress declined to pass legislation on “Dreamers”.  But the real offense came after the 2014 elections, when Obama defied the electorate and announced an “executive amnesty”  —  “Deferred Action for Parents of Americans” ( DAPA ) — that he himself said dozens of times was unconstitutional ( he lost in the courts ). 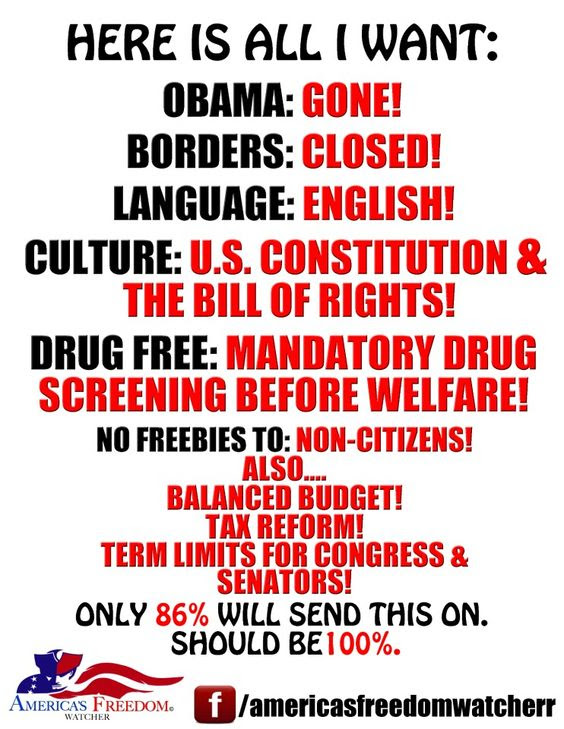